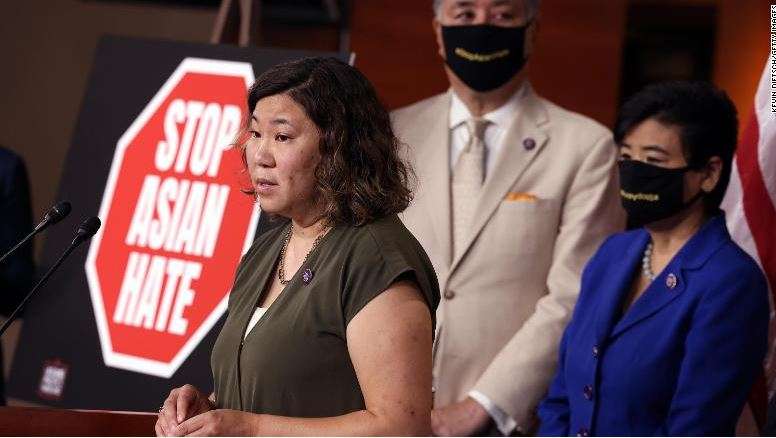 (CNN)The House voted overwhelmingly Tuesday to pass legislation intended to counter a rise in anti-Asian hate crimes amid the coronavirus pandemic.The vote was 364-62 with 62 Republicans voting against it. President Joe Biden has voiced his support for the measure and now that it has passed the House, it will be cleared for his signature.The legislation, known as the COVID-19 Hate Crimes Act, was introduced by Democratic Rep. Grace Meng of New York and Democratic Sen. Mazie Hirono of Hawaii. It passed the Senate by a vote of 94-1 last month.

“The past year and a half has been one of pain and struggle marked by despicable and sickening acts of hate and violence against the Asian-American community,” Meng said at a news conference on Tuesday. “Those of Asian descent have been blamed and scapegoated for the outbreak of Covid-19 and as a result Asian Americans have been beaten, slashed, spat on and even set on fire and killed.”

American band uses picture of a Cambodian baby shot in the air as Album cover. Asians fight it.